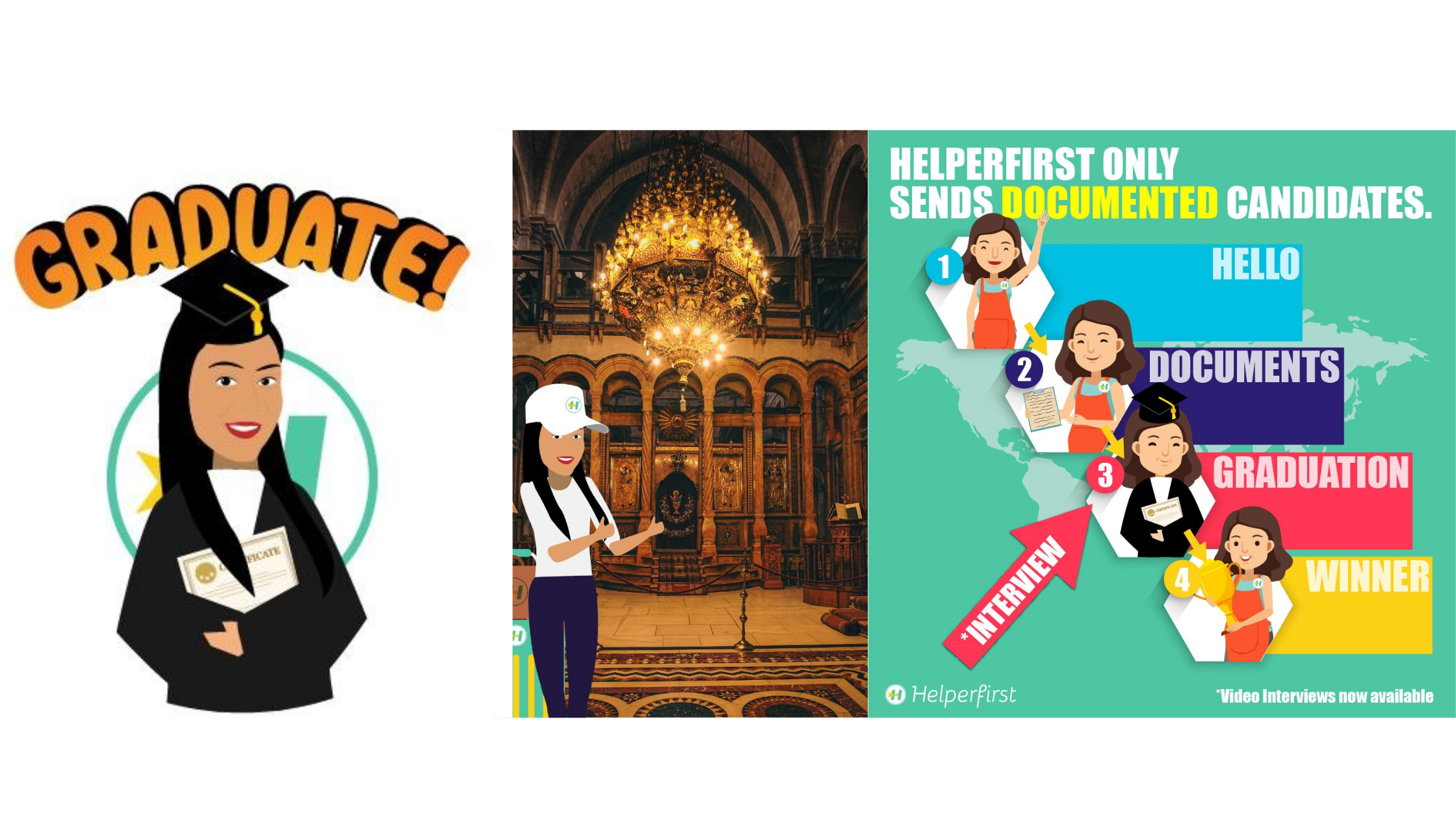 HelperFirst is an online platform that provides free service for Domestic Helpers. We aim to help domestic helpers find a better employer with higher wages. We stand to be different from other unethical travel agencies which ONLY aims for profits.

Meet one of our helpers who we assisted with open arms, Chelvemay, a 32 years old, single mom of two from the Philippines. She graduated with a Bachelor of Science in Nursing in the Philippines and she’s a superwoman!

She worked with a Royal Family in Doha, Qatar. She took care of the Prince’s grandma who needs medical assistance. Chelvemay was also assigned to take care of the twin babies in the house. Isn’t she amazing?!  She is good at planning meals for both elderly and babies.

Chelvemay left Qatar after finishing her contract. She tried another luck in Hongkong so she will be at least 2 hours away from the Philippines. It brings her comfort thinking that she's closer now.

She can also cook simple Chinese and Western dishes. Chelvemay can also take care of pets. She is a pet lover who has a dog, cat, and bird way back home.

Like other domestic helpers, HelperFirst helps, they talk to us and we learn what they want.  And we help them find an employer based on their preference. HelperFirst helps helpers first because we believe that they deserve better.